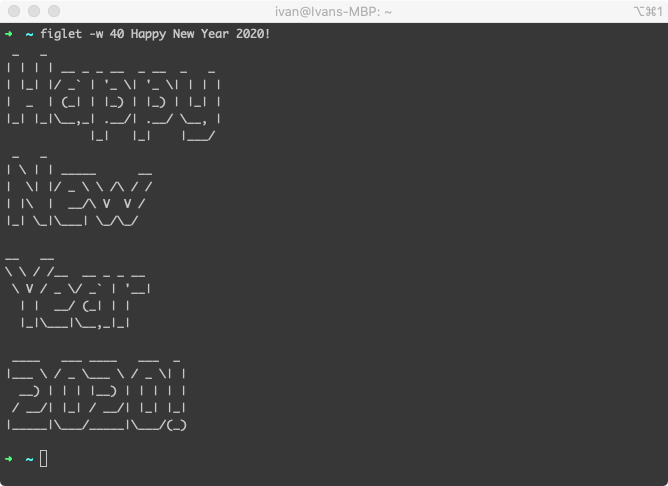 So, 2019 was extremely long and I got to try some new stuff:

What did I got from all of this? Probably that I need to focus more… I like learning and trying new stuff, and that’s the greatest perk of having organised my life the way I have, but it also has meant I haven’t had the chance to specialise as much as I could.

On the other hand, hey! I got to try a lot of new stuff! I’m particularly fond of Angular, while I’ve been using it for years I never tried to make packages or to understand the framework’s architecture. And this year I had to, because I got into my head to use Custom Elements for a project, which are amazing but are super lazily documented.

We’ve been toying around with making a Wordpress extension, I don’t know if that really counts as PHP, but it turns out I don’t hate PHP as much as I did, it’s just a language… a weird little dirty language that is AMAZING at doing weird little dirty things. Probably we wouldn’t have even considered doing the project if we couldn’t have bodge a prototype as fast as we did.

My brain had this thing where it plain refused to acknowledge Kubernetes, but now I’m a convert. I still don’t think I’ll be using it in production soon, but I’m glad to at least know what Kubernetes is.

I had been calling this thing an Static Site Generator, which is accurate, but having a name makes it easier to find resources: Jamstack. I’m still firmly in the Jekyll camp (this is Jekyll after all) but I’ve tried several generators and will be using a Jamstack for any project I can.

This year we had a couple hires, I got hired as Python (and OR) tutor, and I wrote here a lot more. So I spent a lot of time explaining stuff to other people. I can’t tell if I’m getting better at it, but I’m no longer repelled by the idea of tutoring someone.

This is the the most significant development in my professional endeavours: I’ve had to manage clients, talk to clients, tried to convince clients all to mixed results. In the past I’ve been responsible for this many times but I never felt like “I had to.” that’s not a nice way to feel. So, it’s taken a lot of emotional work to deal trough the issues that trigger this. But I’m doing better, and I think I’ve been doing a good work dealing with my latest client.

So that’s the year, for 2020 I’m thinking about getting some more formal education. After college I worked as a research assistant for a while and I miss the research end of things.

Happy new year to everyone!