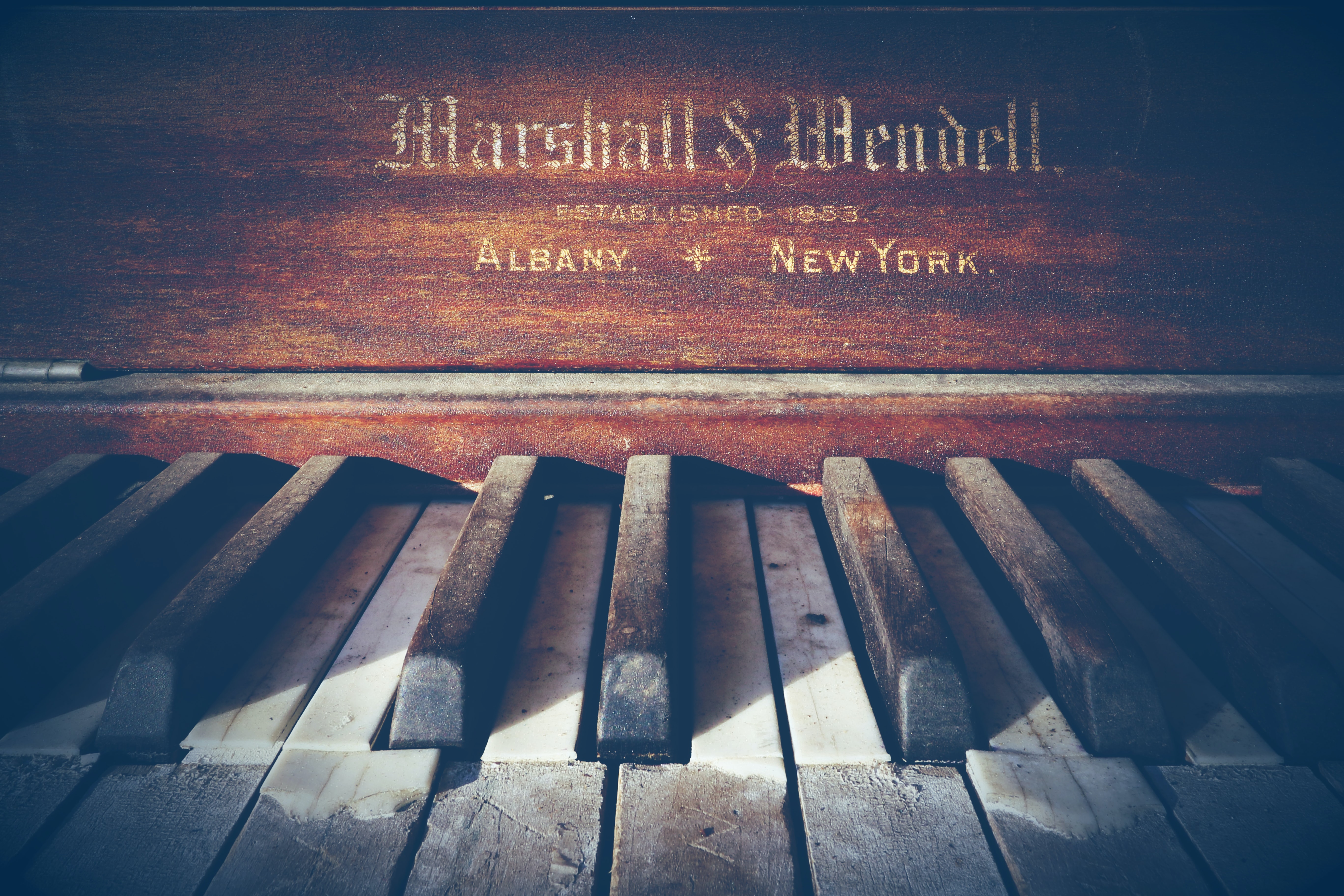 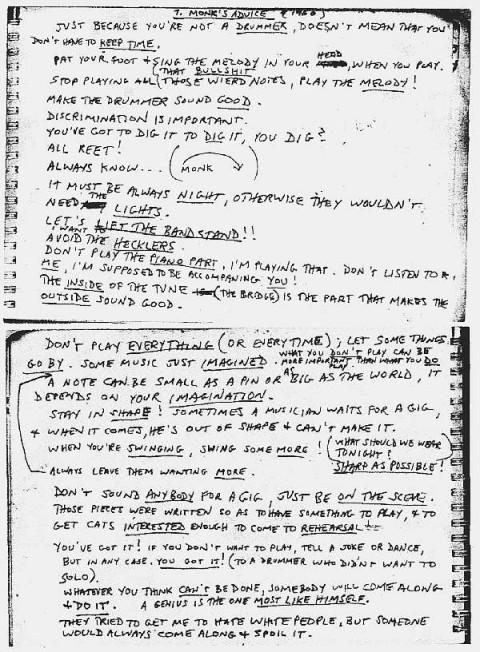 This is the photocopied list taken from Lacy’s notes

Just because you’re not a drummer, doesn’t mean that you don’t have to keep time.

If you’ve been in a band, you know this to be right. So:

Just because you aren’t running the game, doesn’t mean you shouldn’t know the game.

Pat your foot and sing the melody in your head when you play.

Whenever you are playing it’s helpful to imagine what will come next in the melody, “visualize” your part. So:

Look at what others at the table are doing and imagine how you actions impact on their story. Weaving your story with theirs is how you get “character moments”

Stop playing all that bullshit, those weird notes, play the melody!

Sometimes you are trying show off, or try stuff that wouldn’t necessarily work right now; when right now you should be playing the melody. So:

Do not fixate on how the session would be “if…” Play the game, and make it the best you can with the people and tools that are here tonight.

The drummer punctuates what everyone else is doing, playing to their punctuation marks makes them look good, and makes your sound all the better. So:

Players, make your GM look good! If you think of the game as a collaborative story the GM is throwing stuff your way for you to use, it doesn’t matter if you use it in the intended way, but use it and integrate it in your story, make them look good. 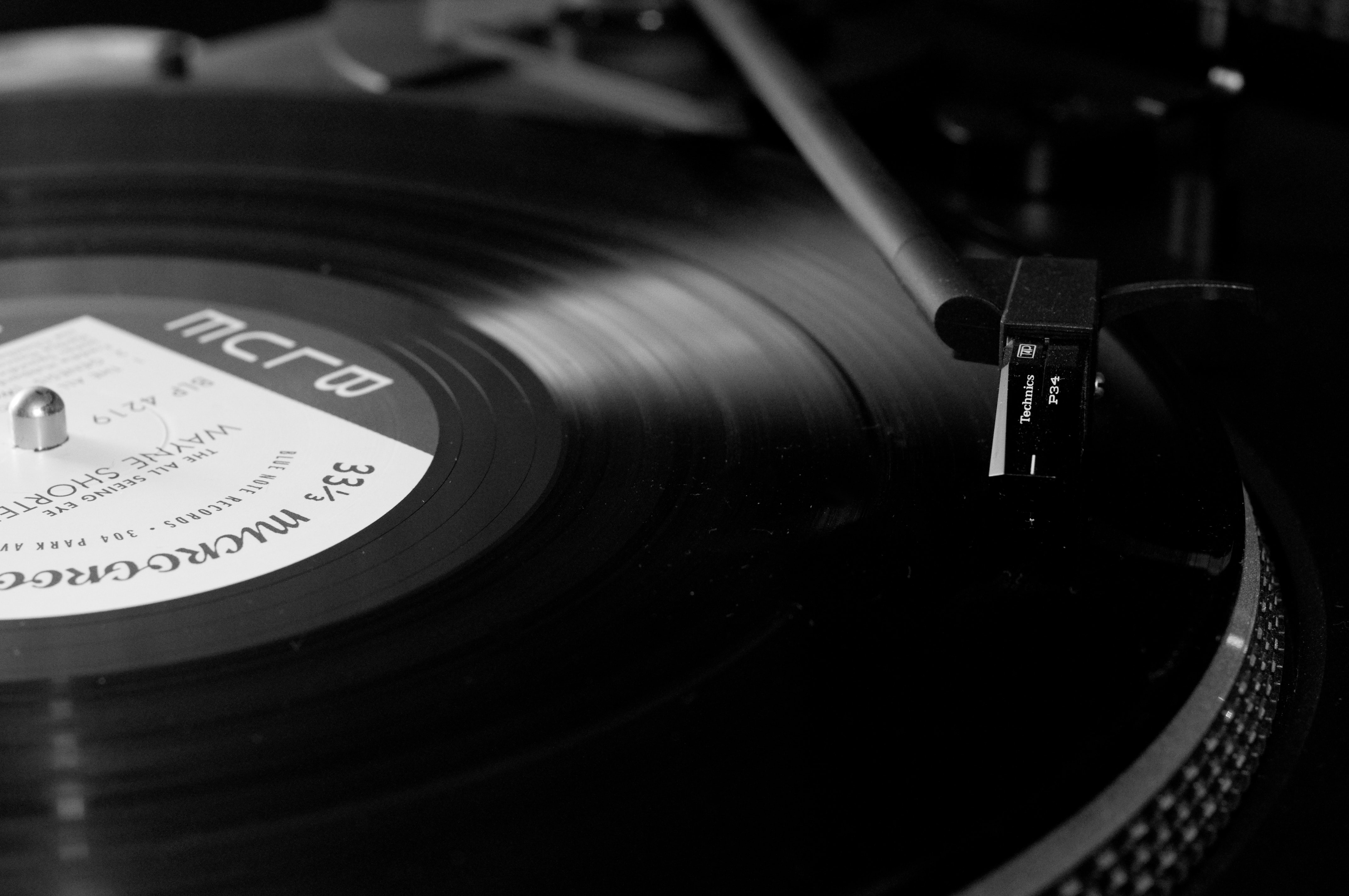 Being able to distinguish between rhythms, notes, scales, styles, etc. so you know what to use when is very important. So:

Just as important as knowing what you enjoy of the game is being able to distinguish what you don’t. This allows you to focus on the things that make for good sessions with your group, and puts you in the path to hack the game.

You have to like to game for you to enjoy the game while you play.

It must be always night, otherwise they wouldn’t need the lights.

There’s a lot of stuff this evokes to me, but I don’t think there’s a clear interpretation either in jazz or RPGs. What does it evoke to you?

The best performances makes everyone feel they are looking at something special. Then:

Make the game feel good, play like you are the most watched stream, play to make it an amazing session.

I want to avoid the hecklers.

Haters gonna hate, the best bands have people who think their music is bad, but that doesn’t mean it’s bad. So:

If your group is enjoying themselves playing the game then you are doing it right, even if others think you are playing it wrong.

Don’t play the piano part, I am playing that. Don’t listen to me, I am supposed to be accompanying you!

Your instinct might be to imitate the most experienced musician in the band, but they are counting on you to do your thing, not to play the same thing they are playing. So:

When you are playing a PC, play your PC. Don’t ask the GM what you can do, do it; their role is to enable you and your character.

The inside of the tune (the bridge) is the part that makes the outside sound good.

If all the song was the chorus it’d just be annoying. Music needs bridges that connect the parts you tend to remember. So:

The downtime in the game is what highlights the intense parts. Whether it is action, drama or comedy, the downtime is the way you distinguish when those parts have began. 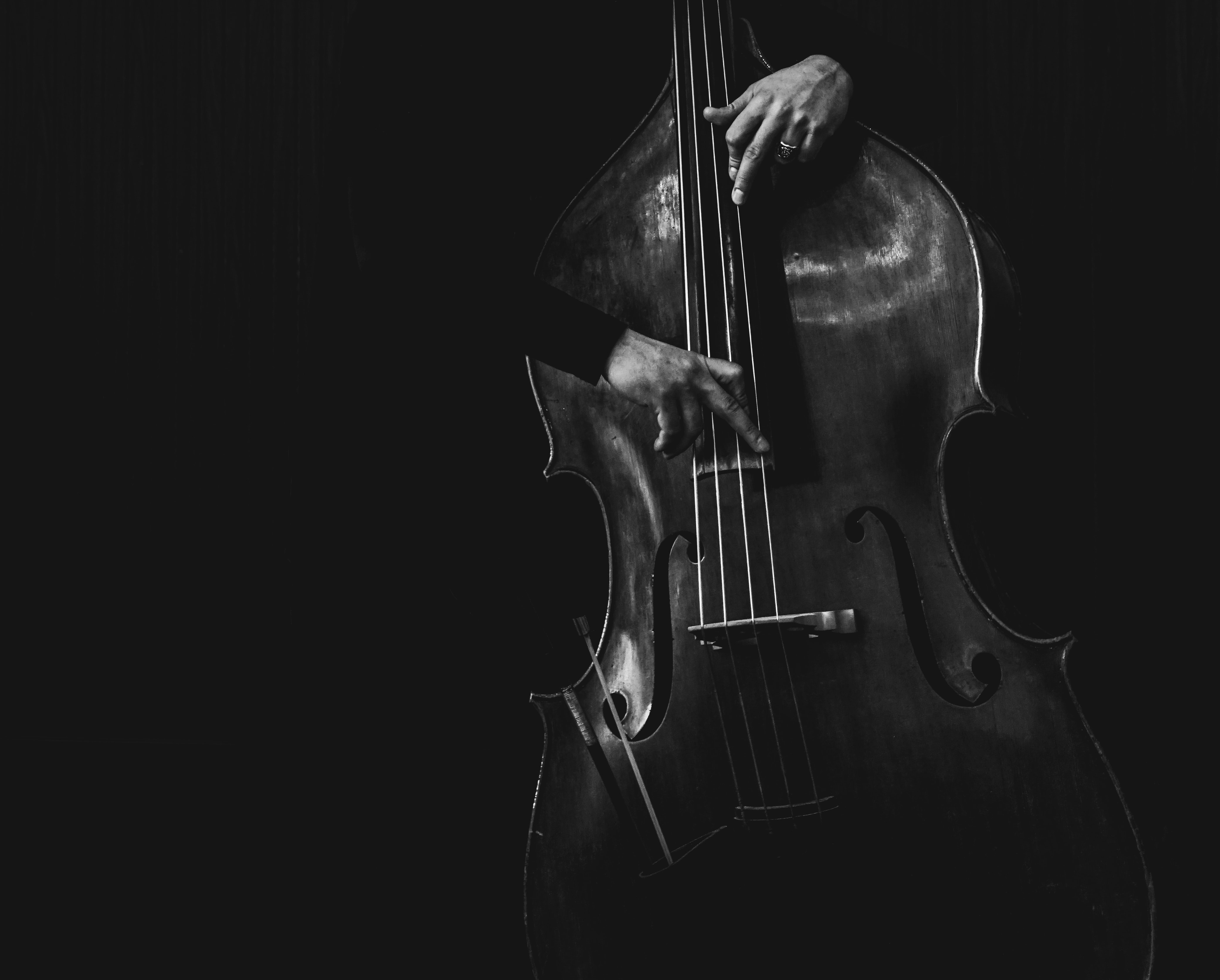 Don’t play everything (or every time); let some things go by. Some music just imagined.

Have you ever heard the “jazz is in the notes you don’t play” saying? Well, it kind of is. Jazz is about leaving somethings unresolved to create tension, both in harmony and by creating silence. So:

You don’t have to know everything about the story, and not everything has to have an answer. Sometimes, the things the group will keep talking about are the parts that weren’t solved.

What you don’t play can be more important than what you do play.

GM, the parts of the game you don’t implement at your table are just as important as the parts you do implement. Omitting parts of a system allows you to make better other parts of it.

A note can be small as a pin or as big as the world, it depends on your imagination.

The same single action can have a very big or a very small impact on the narrative, it depends on how and when you work it in.

When you are swinging, swing some more!

When the game is going good, make an active effort to make it go better.

– What should we wear tonight? – Sharp as possible!

Thelonious Monk was a very sharply dressed musician. It added to his performance, and created an image for himself. So:

If you’d like to connect more with your character dress up for the occasion. You don’t have to cosplay, but if you are playing a glamorous game get in a nice blazer, if you are an ancient warrior wear some leather.

GM, if you think you should be closing the session, then you probably should have closed ten minutes ago. Remember to end in a high note. 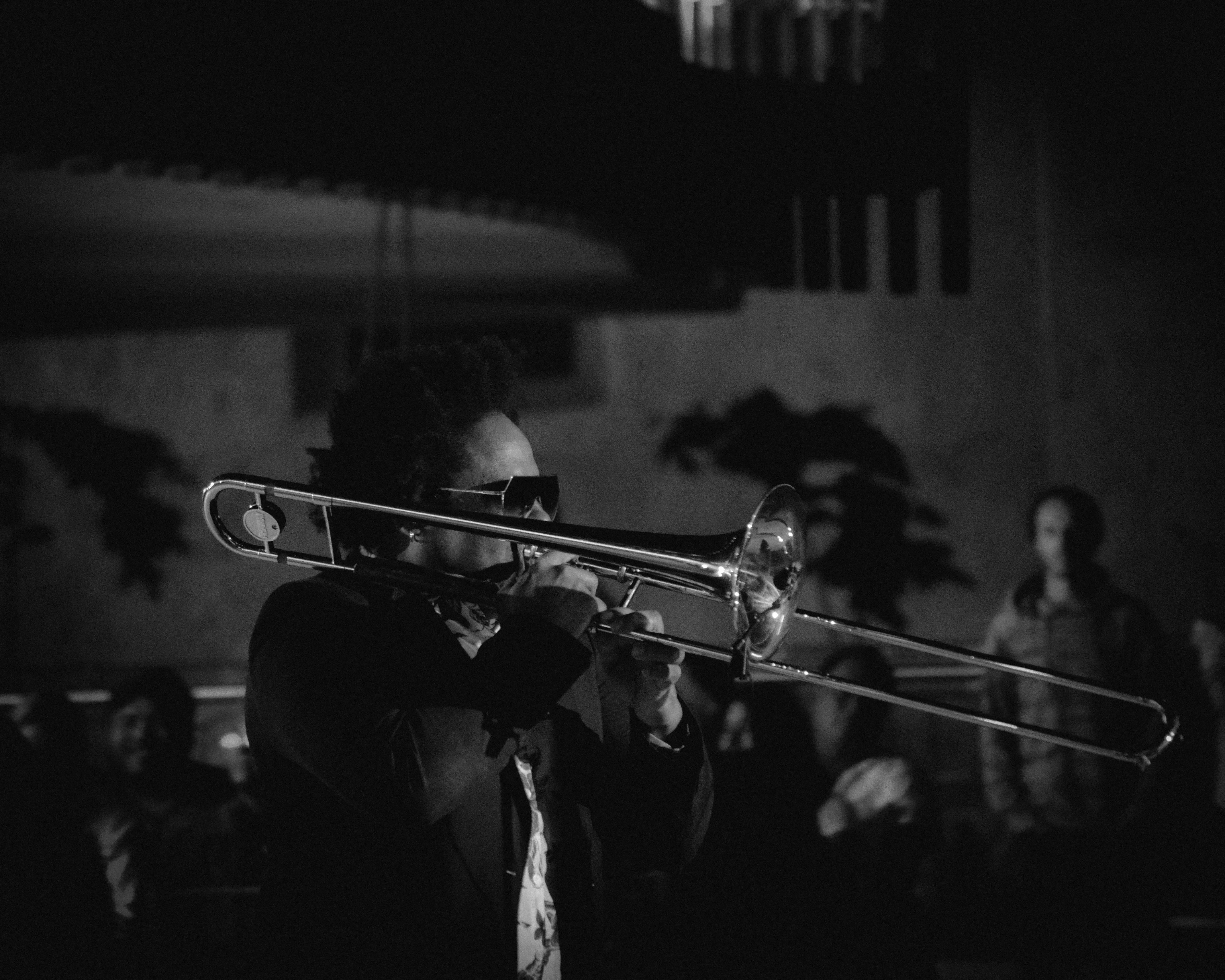 Those pieces were written so as to have something to play & to get cats interested enough to come to rehearsal!

At times musicians will start composing for their audience instead of for the people they are playing with. The thing is the people at rehearsal are first and foremost the ones who should enjoy the music; if they enjoy the audience will enjoy it. So:

Adventures are written so you have a jumpstart point, their pitches are there so players want to get together and play. Once the game starts, let the story go where it wants to go

You’ve got it! If you don’t want to play, tell a joke or dance, but in any case, you got it! (to a drummer who didn’t want to solo).

Everyone gets insecure about their skills at times. But you showed up for rehearsal and you’ve done this a thousand times. Enjoy yourself on stage. So:

Whether you run the game or play a PC, your friends are showing up for the game and want to play with you. So, if your style is funny, action packed, or dramatic just do it, you got it!

Whatever you think can’t be done, somebody will come along & do it. A genius is the one most like himself.

I think this is too profound and self explanatory, to try to put my own spin into it. So, just think about it.

Thank you for getting this far! This post was inspired by a recent Adam Neely video. I like jazz, and I hadn’t ever made the connection between these two improvised things before yesterday.

Keeping in the theme of Jazz. Right now I’m writting a very jazzy D&D 5e adventure inspired by the anime classic Cowboy Bebop. It’s called Warlock Pixieland. You can follow me on twitter to learn the most recent news about it.

If you’d like to support me check out Arcane Moon, my previous adventure inspired by 90s Magical Girl anime, specially Sailor Moon.